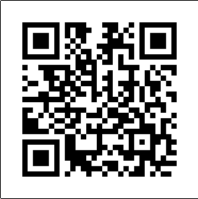 
The group Brass Band Rakovník was formed on 1st May 1990. The group concentrates on orthodox Dixieland, or New Orleans jazz, as played during the twenties and thirties in the home of jazz - New Orleans. The band played hundreds of performances both home and abroad. Taking part in the biggest European Dixieland festivals can be considered the prime of the band’s career. Whereas in 2007 Brass Band Rakovník excelled during the 37th International Dixieland Festival in Dresden, the following year the band was invited to the 15th Worldwide Festival in the Spanish city of Tarragona. Even in further years they kept on successful Europe-wide penetration. It was the International Dixieland festival in Cantanhede (Portugal) and other jazz festivals in Germany, Holland, Denmark, Croatia, Poland and Latvia. The above mentioned Dresden festival, which is considered to be one of the greatest ones in the world, keeps on inviting Brass Band Rakovník regularly, as they played there again in 2009, 2014, 2015, and 2016. Repeatedly they are also presented at Dixieland festivals in Polish Poznan and Latvian Riga and Umurga. In the home country – Czech Republic they regularly play in the final part of greatest Czech festivals in Krizany and Dobrichovice.

Besides these huge festivals Brass Band Rakovník often performs as a street band, they also play in clubs, steamboats, fairs, weddings, garden parties and at other private and corporate functions. The most characteristic feature of Brass Band Rakovník is the exciting and lively nature of their interpretations, humorous lyrics both of their own production as well as borrowed, and, above all, the unflagging good mood. The band is equipped with its own PA system for amplifying.

The band Brass Band Rakovník is also an unflagging jazz promoter and an organizer of jazz events in its home town. Since 1994 they organize regular jazz evenings and also larger jazz concerts.

So far the group Brass Band Rakovník has released seven CDs and one compilation The Best Of.